Wrapping up on social media for the summer, here's my Ultimate Survival Movie list. I tried to include all kinds for different terrains and also, different age groups and interests. There are always a few good ones that get left off, but hopefully this is a strong list that will serve well. I hope it entertains as well as edifies and I wish you all peace, prosperity, happiness, and health.

Hawke sends as I take a break for a while for family and some special projects...

UNBROKEN
Amazing true story of survival at sea and at war.

CASTAWAY
One of my personal favorites.

SPECIAL FORCES
Near and dear to me for many reasons I cannot yet share.
Green Berets go in to save a reporter from Taliban and end up having to survive.

THE GREY
Okay, but they made a huge mistake leaving the crash site.

THE WAY BACK
An amazing story, walking around the world to escape the war.

THE MARTIAN
Possibly the best Sci-Fi survival film yet made.

I AM LEGEND
A very good horror-style survival film.

GRAVITY
I am a fan, totally all about human spirit, despite being in space.

INTO THE WILD
A good study on what not to do.

THE REVENANT
A wee too much Hollywood for me, but a well-done film none the less.

ALL IS LOST
Another great performance by Redford, sea survival at it's best.

THE JUNGLE
I have a lot of connection to this story, having done it for a show, a great survival film.

THE MOUNTAIN BETWEEN
Not a super fan, but a good survival movie.

THE BOOK OF ELI
An all-time fave by a fave actor about my fave book, a great watch!

HACKSAW RIDGE
I just happen to love a true story about a medic who wouldn't fight winning the MOH.

MASTER AND COMMANDER
So many good things, survival-oriented, primitive medicine at sea, not a true survival story.

THE BOUNTY
True story and one of the best examples of leadership and survival combined ever documented.

MUD
A survival story of a different flavor.

KON TIKI
A classic about survival at sea.

LIFE OF PI
For the survival meets spiritual.

CAPTAIN FANTASTIC
An absolutely brilliant way to raise your kids to be self sufficient.

THE GREAT ESCAPE
Based on a true story of WWII POW Escapees all put in one escape proof camp!

HART'S WAR
A very good movie on honor and escape as a POW.

RABBIT PROOF FENCE
Show this one to your kids the next time they think they have it tough.

ALIVE
One of the better early survival films based on a true story and cannibalism.

THE EDGE
Not a fan of the story line, but damned sure like the old man know-how.

THE DONNER PARTY
Again with the Cannibalism?!

DESIERTO
This is a good look at what racism in the extreme looks like, with harsh desert survival on top.

PAPILLION
The Original here is still the best, harsh but a good survival film.

For my Guerrilla Warfare Friends here are some great Partisan Survival Films...

RED DAWN
The original is still a classic and the best, for the younger folks try the new one, it's okay.

DEFIANCE
What it takes to live off the land and survive behind the lines and still fight.

A MAN CALLED HORSE
One of my faves.

MIRACLES STILL HAPPEN
An older movie about a true story of a little girl who survived in the jungle.

WINGS OF HOPE
This is the documentary by famous movie-maker Leo Herzog with the little girl now grown, Juliane Koepcke. 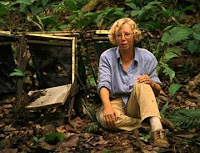 ROBINSON CRUSOE
The solid re-telling of the classic book on island survival.

LORD OF THE FLIES
Another good rendition of the classic book and the best survival lesson on the two ways to survive, with honor and without.

And for the Old Timers...

THE OMEGA MAN
Another fave, the precursor to all zombie films, an army medical officer is the last man.
(See why I like it so much? Looks a bit like "I, Legend", aye?)

And for the Ladies, a most overlooked aspect of survival stories, not only women survivors, of which, there are many, but women warrior-spies who risked all and fought a very different survival...

HANNAH'S WAR
A Jewish woman volunteers to go behind enemy lines to save others.

Posted by mykelhawke-survivingtogether.blogspot at 4:27 PM